Being from Washington, I didn’t have many black faces to look up to besides my family members. There was no one on Disney Channel, Nickelodeon or Cartoon Network that really looked like me. Even Raven was light-skin. That always made me feel some type of way, like I wasn’t beautiful enough for the society I was born into. I know it’s 2018 now and Black Women are finally being noticed a little bit, but it’s crazy to think that when I was a little girl, I hated my skin, my hair, my nose and damn near everything about myself because of the kids around me.

It’s still hard for people to categorize my colour as beautiful without a sly remark or an edit that deems that I would just look a little better “lighter” But, back to my childhood. I ended up comparing myself to women like Dijonhay Jones, Keke Palmer and Camille Winbush. That’s not terrible… except True Jackson VP got cancelled early, Dijonhay had blonde hair, a fake ass, couldn’t keep a man and was loud as shit haha. I think the only one I could really relate to was Camille, who played Bernie Mac’s daughter on the ‘Bernie Mac Show’ but she only had white friends and straight hair… all the time.. There’s something off about this. 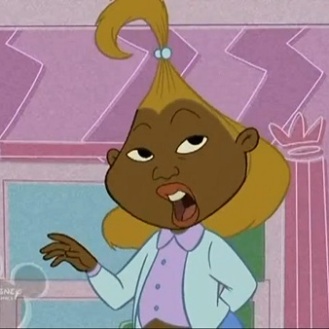 Now, let me shift my focus to music. My favorite singer of all-time happens to be the beautiful Alicia Keys. She is my idol who also happens to look nothing like me. But, she helped me to find my voice. I never had a problem with light-skin women being the at the forefront of all iconic singing endeavors because at least they black right?

Well, as time went on and nothing seemed to change, I started to notice it way more. I can’t really think of too many dark-skin Black women who dominate the music industry because it sure ain’t no Kelly Rowland (yikes) BUT, there are some… exp; Noname Gypsy, Rayvn Lenae, Lauryn Hill (OG lady), OSHUN and to be honest, they still ain’t even all that dark but it’s progress.

I just want to live in a world where internalized racism didn’t exist. It’s crazy to think that a pigment defines your beauty, pre-defines who you are and somehow determines your value. Slowly but surely progress is made though, and that gives me hope. I was recently watching this show on Fox called ‘Star’ which is about an all-girl singing group trying to climb their way to fame. They tackle a LOT of issues in that show; one of the main characters of the show ‘Ryan Destiny’ even embodies the issue of a ‘perfect black woman’ who is a few shades too dark to act the way she does. The subtle undertones of the show really make it for me because in truth, it’s just another drama filled show plagued with hidden motifs, brainwashing us to think that fame is the only way out of struggle.

I digressed, but to summarize– I think Colorism is fake, it shouldn’t exist along with all for the other ‘isms’ And I pray that in the future, little Black girls like me will be able to look up to women that look exactly like them.